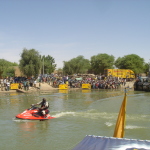 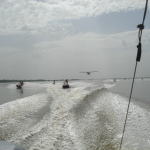 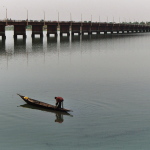 b. Sponsorship of a cultural event for maintaining Malian collective memory through their ‘’Griot’’ ethnic group.
We sponsor this event held in Kita yearly, since 2004. 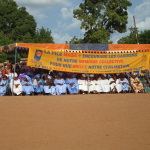 c. Cycling events, tour of Mali – we sponsored the event and had our own team in 2006. 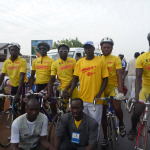 d. Football tournament events sponsored by MASA+ in Bamako and Koulikoro every year. 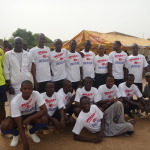 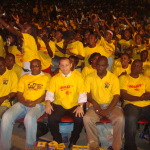 f. Sponsor of the Cauris festival (Festicauris- Art and Divination) in Siby, Mandé since 2009.

g. Sponsor of the multicultural event of Bancoumana, the festival of Djitoumou and the annual traditional fishing of San (Sanké mô).